Yesterday, there were reports that the Boston Celtics traded away forward Jeff Green to the Memphis Grizzlies in exchange for forward Tayshaun Prince and a future first round pick. Now according to multiple reports, the New Orleans Pelicans have now been added to the mix and are sending Austin Rivers to the Celtics and the Grizzlies will be sending Quincy Pondexter to the Pelicans. However, according the ESPN NBA reporter Mark Stein the deal won’t become official for a few days.

Remains to be seen if deal is pushed through today or if it waits until league office opens Monday. But the three teams have agreed to terms

Rivers, drafted 10th overall by the Pelicans in the 2012 draft has never really played well in his first three years in the league averaging 6.9 PPG, 2.3 APG and shooting 39% from the field. He is also the son of former Celtics head coach and current Clippers coach Doc Rivers. 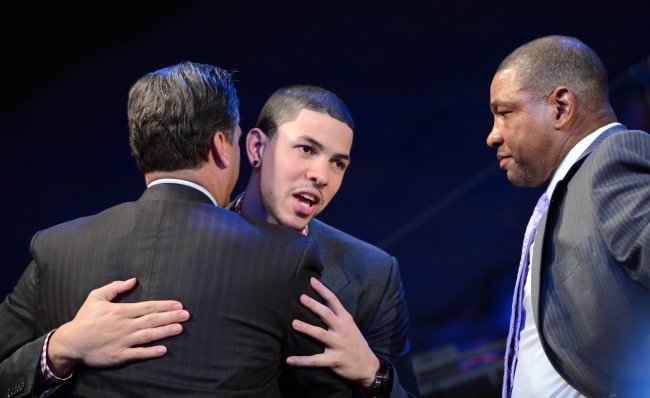 Now according to reports the Los Angeles Clippers are interested in acquiring Austin Rivers from the Boston Celtics.

RT @JeffZillgitt: Looks like Austin Rivers will be sent to Clippers, I’m hearing (EXPECT TO HEAR THIS A LOT ONCE CELTS FORMALLY LAND RIVERS)

Confidence is highly important when it comes to shooting the basketball