According to Fox 10 in Phoenix and Brian Windhorst of ESPN.com, the Timberwolves are making a final run at Eric Bledsoe by giving him a max offer sheet. 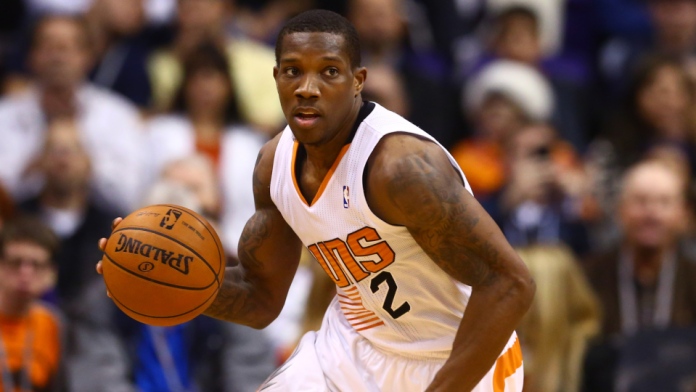 Originally, Minnesota made a “little” run at Eric Bledsoe when they were talking about trading Kevin Love to Phoenix for a package that included Bledsoe going to Minnesota. The trade talks weren’t that serious,  and we all know what happened with Kevin Love, but that proved the Timberwolves had their eye on Bledsoe. Contract talks have hit a standstill with Phoenix, so now this move will force the Suns to either match the offer or let him go.

If the Timberwolves add Bledsoe to the roster that would mean adding an uptempo guard to a team with explosive players like Andrew Wiggins and Zach Lavine. This would make a team with Rubio, Lavine, Martin, Wiggins, Young, Pekovic, Bennet, and Bledsoe. There would be so many options and a great young core for the Timberwolves. Bledsoe averaged 17.7 points and 5.5 assists in just 43 games last season, so this means that Bledsoe could have a great impact over an entire season for Minnesota.

Adrian Wojnarowski reports that the Suns are not interested in a sign-and-trade deal so Eric Bledsoe’s future team this season is dependent on if Phoenix will match the offer or not.