According to USAToday, Phil Jackson said on Friday that he thinks the Knicks can make the playoffs this season. 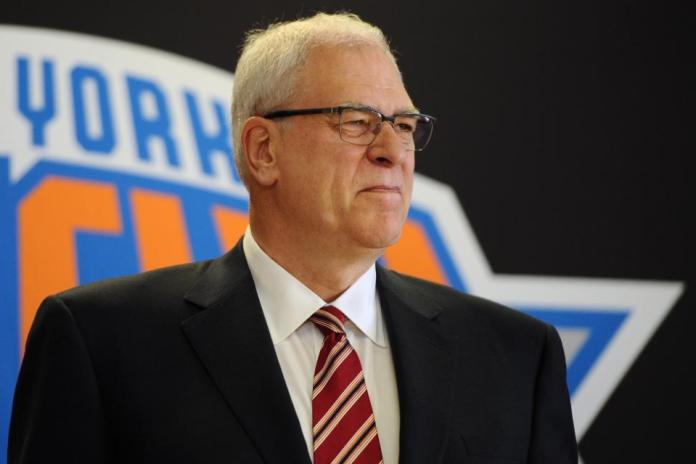 On Friday, Phil Jackson talked about the fans in New York always asking him how the team will be this year. So, he was asked by the press what he thought this season has in store. Jackson went on to say, “We believe we’re going to be a playoff team. And then we don’t know how far we’ll be able to go, but we’re hoping for the best.”

This is obviously an optimistic view on the Knicks’ season, but they very well could sneak into the eighth or seventh seed in the East. They may have changed around a good bit of the roster, but they have added pieces that look to be improvements from last year. Carmelo Anthony looks to be back in much better shape than last year, and they added some good pieces through trades and the draft. Derek Fisher as the new coach with new schemes should give this Knicks team a whole new look on the court.

However, Phil Jackson realized the Knicks never followed a solid rebuilding plan. So, he ended his interview with his thoughts on how the team compares to the Chicago and Los Angeles teams he coached.

Usually teams come into the playoffs and learn from being in the playoffs, and gradually assume the capabilities of carrying out the championship,” Jackson said. “I was fortunate to have a situation in L.A. where a team had gone into the playoffs. They had been swept a couple of times in the playoff run, but they had been in the midst of the playoffs and were able to win the very first year that I coached that team there, which was a ready-made team basically with tremendous talent. Very similar situation in Chicago. This team does not got a personality. It’s got over 35 percent of this team has changed, so we still have to kind of come together in a bonding way that creates trust, teamwork, identity, some things like that.