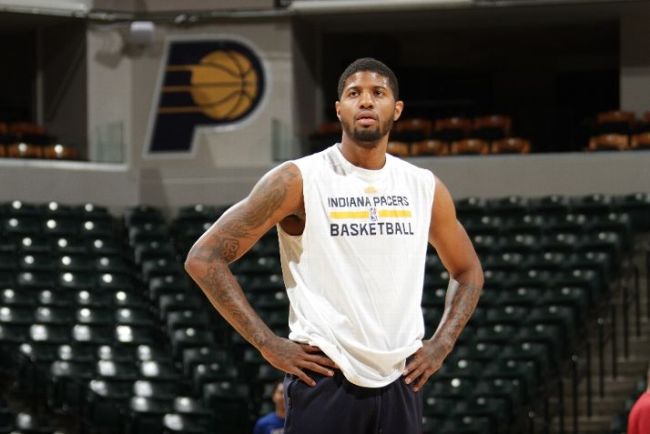 One of the league’s most exciting two-way players is inching closer to returning.

Indiana Pacers star Paul George, who continues to travel down the long road of recovery from a gruesome leg injury he suffered this past summer, made one of his most significant strides on Thursday afternoon as he practice with the Indiana Pacers for the first time this season.

The catastrophic leg injury has prevented George from playing this season, but he remains optimistic that he can return to the floor for the Pacers by mid-March.

Despite the high level of excitement generated by George’s return to practice, Pacers head coach Frank Vogel downplayed things, stating that the former Fresno State Bulldog won’t be out there playing for the Pacers anytime soon.

Vogel says Paul George is cleared to practice, not play. “He’s just been doing a little more and more… Today was his first full practice.”

Vogel: “No timetable for his return. He’s got a long way to go before he gets cleared to play.”

After his first full practice, George got up some three pointers and spoke to the media about how it felt being out there with his squad.

.@Yg_Trece puts up threes after his first full practice: pic.twitter.com/yFapoKpCWd

“It felt good. It felt really good.” – Paul George talks to the media after his full first practice. pic.twitter.com/51oaNp13hd

.@Yg_Trece says he still has a long way to go, but as he progresses, “I see the old PG coming back.” pic.twitter.com/l8h3kHwJ9m

If you haven’t already, check out Paul George’s Road Back, a series of short episodes by Bleacher Report documenting George’s climb back from injury and attempt to return to the NBA mountaintop. If you don’t have a reason to root for this kid yet, this surely will give you one. We can’t wait to have you back PG.