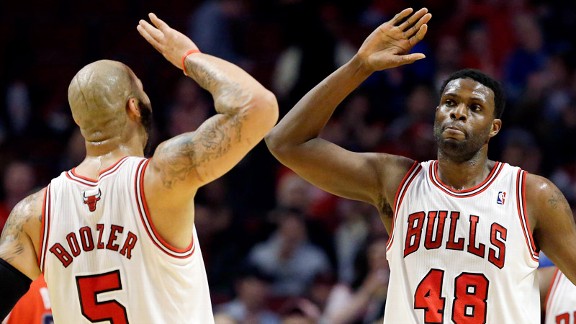 Nazr Mohammed will be returning to Chicago.

On Monday afternoon, the Chicago Bulls announced that they have re-signed veteran center Nazr Mohammed. It will be Mohammed’s 17th season in the NBA.

He’s back for NBA season no. 17: Bulls re-sign center @NazrMohammed.

Mohammed, 37, appeared in 80 games for the Chicago Bulls last season, averaging 1.6 points and 2.2 rebounds per game. Mohammed joined the Bulls in the summer of 2012. Mohammed has proven to be a hot commodity in Chicago due to his veteran leadership.

Nazr Mohammed averages 5.9 points and 4.8 rebounds per game for his career.