The NBA season is almost half way through and that calls for some progress reports of the Top 5 rookie draft picks from the 2015 NBA Draft. Some have been more successful than others but it will be tough to judge someones whole career of their first 40-41 games.

Let’s take a dive into who is progressing well in their first NBA season.

In his first year as an NBA player, Karl-Anthony Towns has already developed into one of the best young big men this league has to offer. It’s no surprise that surrounding players are already taking notice. Kevin Durant has already said he thinks Towns will be in the hall of fame some day. With numbers of a proven veteran in his first season, Towns could be well on his way to the Rookie of the Year award as he is averaging 15.9 pts with 9.2 rebounds to go along with it. Towns couldn’t be in a better situation. He is on a team filled with young talented studs with Andrew Wiggins and Zach Lavine playing along side him this season. He is learning the in’s and out’s of the NBA from long time veteran Kevin Garnett. Things are looking very bright in the Minnesota area in terms of basketball, only if the football team could just find a kicker. Ahh too soon.

D’Angelo Russell may not be getting the amount of playing time most Lakers fans thinks he deserves but when he does get on to the court, he is as efficient as they come. In just 27 minutes of play, Russell is averaging 11.8 ppg with 3.4 assists. Russell has slowly, but surely come on to the scene as he has really improved his play since Christmas day. His overall defensive rating is 107.1, but since Christmas day, it has fallen to 92.7 while his offensive rating has improved dramatically at 102.6. Russell will be a special player in the league for years to come. We saw a glimpse of what he can do when he almost signal handly brought the Lakers back from a 20 point deficit against the Sacramento Kings. Russell finished with 27 pts and had a famous quote that will probably stick with his legacy forever, “You ain’t seen nothing yet.” 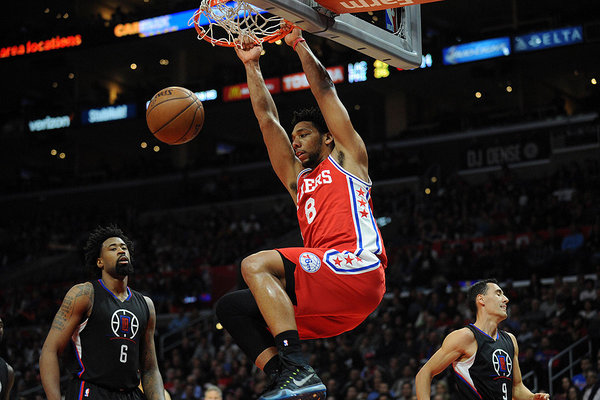 Another tough year for the Sixers brought out the worst at times for Jahlil Okafor. He was the joke of many NBA fans around late November when a pair of off court incidents happened with Okafor that included a fight at a Boston nightclub, as well as speeding down the Ben Franklin Bridge in Philadelphia, to being caught trying to use a fake ID.

Nevertheless, Jahlil Okafor is still putting up some dominating numbers. He is averaging 17.4 ppg with 7.5 rpg. He has the most games of 20 or more points among all rookies. His down fall is his slow defensive presence. He has a DefRtg of 108.0 for the season and since Christmas it has gotten every worse with it being 110.1. It is not secret his defense needs to improve. But at 19 years old, it is hard to see him not improving to at least a mediocre defender in this league.

It will be interesting to see where or how his career plays out if the Sixers try to become a more uptempo offense for the future. 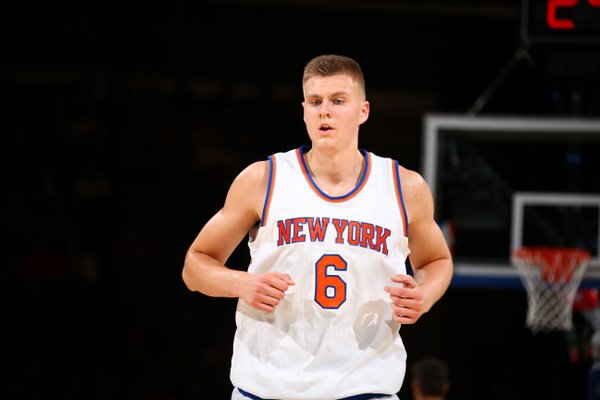 No one really expected this type of impact from Porzingis this early in his career. The 7’3 European has taken the league by storm with some of his dream shakes, shot blocks, and just amazing basketball shots that we tend to keep seeing on SportsCenter every morning it seems like. He is averaging 13.9 ppg and 7.9 rpg. His good defense comes from the ability to block so many shots because of his height but the ability to stay with certain opponents still needs work as his defensive rating is 103.0. His offensive ability is only going to keep improving as he has an amazing 104.6 offensive rating for the season.

He has taken over the social media world with some amazing highlights that just shows how fun of a player he is to watch.

It has been a rookie season to forget for Mario Hezonja of the Orlando Magic. He is avergaing just 4.4 ppg in just 13 minutes of play. If you’re wondering why he is getting such little playing time, it has been tough for him to see the floor for two reasons. He isn’t a very good defender, which in Scott Skiles scheme, will not fly. Also, he is losing out because of the fact that Magic star Victor Oladipo is coming off the bench which pushed Hezonja down the pine even furture. ESPN stats show he has been a really negative effect to his team.  He is giving up the ball on 21.1 percent of all the possessions he has used (one of the highest turnover rates in the league). His three point shooting has been as great as expected at 41.1 % but he is struggling to find other ways to contribute.

Basketball players must be aware of bad body language