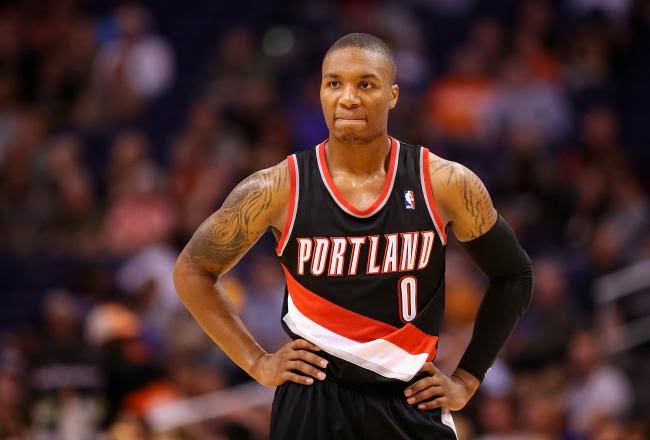 The NBA point guard conversation is flooded right now. Most believe this is the most potent point guard era the Association has ever seen. There’s a whole crop of different styles and approaches to the position to choose from, which makes the choice really more about preference.

Portland Trail Blazers point guard Damian Lillard is right in that mix, but he’s yet to earn the recognition he’s striving for. Isiah Thomas and Greg Anthony recently listed their top 5 NBA point guards this season on an NBA TV segment, which warranted this reaction from Lillard on Twitter:

It’s always been this way. ? pic.twitter.com/xUNXhMbvrW

There’s still plenty of time for Lillard to work his way into that undisputed list. His competition is extremely thick. We discussed the notions of today’s top five point guards on the latest Two Guard Front podcast, and creating that separation between so many talented players at the position is highly difficult right now. Again, it’s hard for it not to simply come down to preference.

Lillard would prefer that we start to consider him one of the elite.

The Lakers can benefit from an offensive coordinator