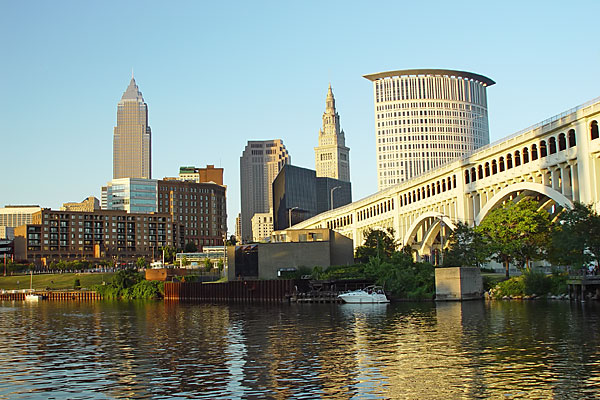 Cleveland puts in a bid for 2018 NBA All-Star Game

With the return of LeBron James to the city of Cleveland, a re-invigoration of the city which was even shown in the Cavaliers’ season opener, it’s only right that the city makes a bid to host one of those NBA All-Star weekends. According to Chris Haynes of the Cleveland Plain Dealer, that’s exactly what they’ve done:

Cavaliers Chief Executive Officer Len Komoroski and President and CEO of the Greater Cleveland Sports Commission David Gilbert both confirmed to Northeast Ohio Media Group that the bid has been placed….

The return of LeBron James certainly helps, and in March for the first time the city will host the regional semifinals and finals of the 2015 NCAA basketball tournament. Cleveland also was awarded the Republican National Convention in 2016.

So throw in the NCAA Tournament frenzy and a political convention and you’ve got some possible incentives for the NBA to bring All-Star weekend to Cleveland. It’s apparently known that Portland and Charlotte are also cities making bids, among others.

It’s no question that LeBron’s return to Cleveland makes the city a major contender to host an All-Star weekend. The city is certainly now prepped for that kind of attention and stage.