Stream the game live on Rabble.TV 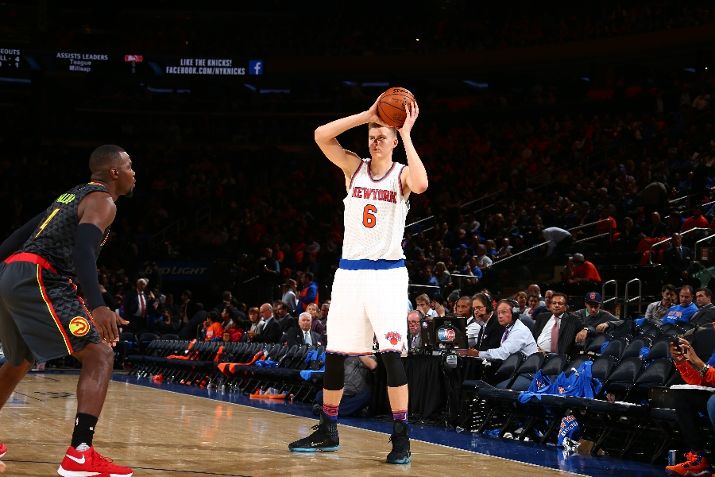 Battle of the Lopez brothers

Tonight marks the first matchup of 2015 between brothers Brook and Robin Lopez. The brothers have met seven previous times as starters. Robin leads the series 4-3. Brook, though, has outperformed Robin in those games averaging 24.1 points per game, while Robin averaged 13.1 points and 6 rebounds per game, per ESPN.com. After signing long term contracts in the offseason, the brothers will play in the battle of the boroughs for the next four seasons.

Rondae Hollis-Jefferson was drafted by the Nets to play defense. Tonight he as the tough task of covering one of the best scorers in the NBA, Carmelo Anthony. According to Jared Cohen of numberfire.com, Hollis-Jefferson,

“has the team’s top Defensive Rating…at 100 and by far and away leads the team in Defensive Box Score Plus/Minus … at 3.7, which is good for seventh in the NBA.”

He is going to have to lock down Carmelo Anthony if the Nets want to leave Madison Square Garden with the victory.

Knicks rookie Kristaps Porzingis has been the Knicks surprise of the 2015 NBA season. He has been quiet, but spoke out to support Knicks fans. According to ESPN’s Ian Begley, Porzingis said,

“I know our fans are better than Brooklyn’s fans,”

“It will be a good game. Brooklyn, they’re struggling this season. But they will try to win the rivalry as we want to win.”

Porzingis has support from Knicks fans, and he has let Knicks fans know he has their support. With two teams in New York City, Porzingis wants to keep basketball colors in New York orange and blue. It is good to see a 20 year old have the confidence to speak up 19 games into his rookie season when he was scouted as a project.

Two teams in the same city with twin brothers on opposite benches has rivalry written all over it. Porzingis just adds fuel to the fire. Get ready, Knicks v.s Nets now has meaning.