The Boston Celtics have been playing their worst basketball of the 2015-2016 NBA season since New Years Eve. Before this downfall, the Celtics won a season-high four straight games while rising up the Eastern Conference standings. They have since lost five of their last six games and place 9th in the East. The East is so tight, the 6th and 12th seeds only place six games apart. Every game counts.

The Celtics need to wake up.

It all started at home against the Los Angeles Lakers. It was Kobe Bryant’s last night in Boston, and the Celtics looked nervous. Kobe finished with 15 points and 11 rebounds. 10 of his 11 rebounds were on defense, one more than the Celtics total in offensive rebounds, per ESPN.com. After the 112-104 loss, Jae Crowder said,

“It was just a mental letdown from top to bottom, from all of us,”

The only thing Celtics fans had to cheer for was Kobe. Boston is a city Kobe will never forget. 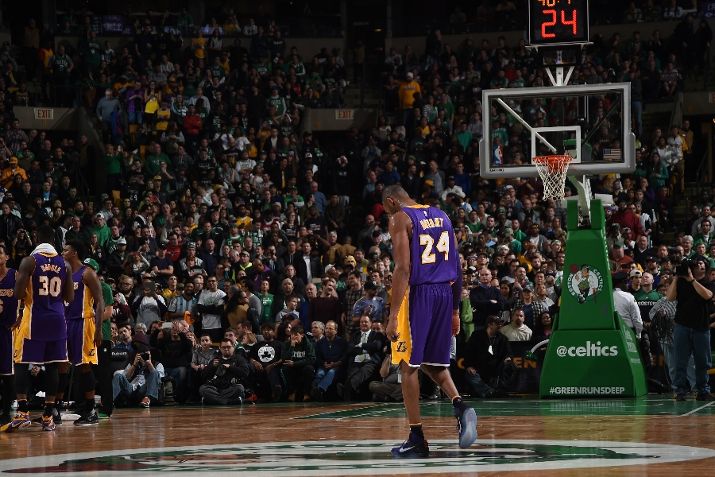 Next on the schedule was the Brooklyn Nets. With lottery picks on the line, Nets games are must wins. But the Nets entered Boston ready to play. Brook Lopez dropped 30 points with 13 rebounds. Thaddeus Young also had a double-double with 16 and 10, and former Celtic Joe Johnson scored 20, two points shy of his season-high. Celtics lost 100-97. Brad Stevens said the Celtics need,

“to do a better job”

Consecutive losses to the Lakers and Nets is embarrassing. What made this loss worse was the injury to Avery Bradley. He missed the next three games.

Brooklyn is back on the schedule for a home-at-home. Brad Steven’s message got across to the team. The Celtics came out firing on all cylinders, scoring 37 points in the first quarter. Even though they were outscored in every other quarter, they played as a team to keep a large lead throughout the game. Just when the Celtics looked back on track, they struggled with greater competition.

They entered the Motor City on Andre Drummond’s worst game of the season. He scored 13 points with a season-low 5 rebounds. Most teams would slaughter the Pistons on nights he struggles, but Boston struggled more. Isaiah Thomas missed 14 of his first 15 shots. Their small ball lineup couldn’t stop the Pistons size, letting the backcourt of Reggie Jackson and Kentavious Caldwell-Pope combine for 44 points while shooting 50% from the field. The Celtics were up 55-48 at half, but Detroit scored 33 in the fourth to win by five. Jae Crowder said postgame,

“We didn’t bring it in the second half”

These second half performances are unacceptable.

They brought their second half struggles to Chicago. Brad Stevens didn’t make it to Chicago as he stuck with a former Butler team who was diagnosed with cancer. Trailing by one at half, Chicago outscored Boston by 10 in the third to control the game. Chicago never looked back and won their 6th straight 101-92. They wanted to win for Stevens, but his leadership wasn’t present when they needed him most.

Finally, Memphis. Avery Bradley is back and the Celtics offense exploded in the first quarter. The score was 34-16, but the Grizzlies outscored the Celtics 85-64 to seal the victory. The Celtics’ final three quarters against the Grizzlies was the worst basketball they have played all season. No one is taking this Celtics team seriously.

No more games can be wasted this season. If the Celtics want to be taken seriously, they need to make a trade. They need a scorer and a big man. With all of their expiring contracts and draft picks, finding value shouldn’t be difficult for Danny “trader” Ainge. They need to make a trade soon, or their season could be in jeopardy. No more meltdowns.