The Indiana Pacers went from an appearance in the Eastern Conference Finals to not even making the playoffs. This was strictly because of Paul George unfortunately breaking his leg. The Pacers seemed lost and prayed for his return all season. His short time this season wasn’t enough to make a strong playoff run. If a team can’t make the playoffs in the East, they are bad. Other then George Hill, David West, and Roy Hibbert, the Pacers are weak. The Pacers enter the offseason with player options for both Roy Hibbert and David West. The Pacers need to upgrade their role players if they both exit. This offseason they will be looking to add another scorer, a big man, and another star to play next to Paul George. Lets see who could sign in Indiana next season.

Just before the NBA trade deadline the Indiana Pacers were close to striking a deal with the Denver Nuggets to acquire Ty Lawson. Ty Lawson and a healthy Paul George is a scary 1-2 punch. Lawson averaged 15.5 points and 9.6 points per game on a terrible Nuggets team. His attitude and off court antics always kill his value. George Hill is a great trade piece. Lawson next to another star like Paul George would turn Lawson back into a star. 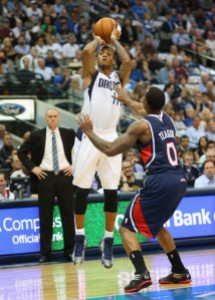 The Pacers need a second scorer and there aren’t many free agents better then Monta Ellis. There is a very good chance Ellis opts out of his current contract with the Dallas Mavericks and is expecting an eight figure per season contract. Over the last ten seasons, Ellis have averaged points north of 16.5 points per game. The consistency and durability is there. The Pacers played their best when they had a second scoring option (Lance Stephenson). Ellis would give the Pacers a deadly offense. 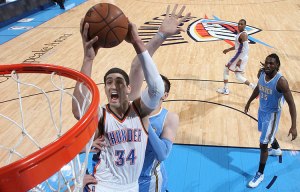 Enes Kanter exploded once he was traded to the Oklahoma City Thunder. On the Jazz, he averaged 13.8 points and 7.8 rebounds per game. In Oklahoma City, he averaged 18.7 points and 11 rebounds per game. His free agent value skyrocketed. The Pacers could potentially be losing both David West and Roy Hibbert because they can both opt out of their current contracts with the Pacers. If they leave, acquiring a solid big man is crucial. Enes Kanter would fill a huge hole if any of the two current big man decide to leave. 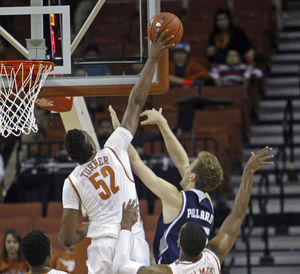 If Roy Hibbert opts out of his current contract with the Indiana Pacers, a rim protector is needed immediately. Myles Turner is a big man who can play both the four and the five. He has the size and length to be a rim protector and is consistent with mid range and jump shots. He led the Big 12 in shots blocked. He is still very young. He is smart to enter the draft due to development reasons but he isn’t NBA ready yet. If he adds size with his skill, he will be a nice NBA player.

Bobby Portis was named the 2015 SEC Player of the Year. Portis stands 6’10’ and 240 pounds which is a great size for an NBA power forward. He is consistent with the mid range jumpers and is slowly developing a three point shot. He is an active rebounder who loves to get tough second chance points. He needs to develop a post game and shot blocking instincts. In the end, Portis could be a steal at the end of the lottery.

Sam Dekker’s game is all about team work. He thrived off of unselfish play and was able to be a major contributor to a Wisconsin team that came just short of a National Championship. He is a smart basketball player who can shoot from all over the court. In fast break situations, he is a fluid passer who is good at advancing the ball. He needs to develop his overall game and will start off the bench. The Pacers could use another scoring wing off the bench.

With a poor Eastern Conference and a healthy Paul George, I expect the Pacers to be contenders again next season. If the two big men opt out of their current contracts, the Pacers will have plenty of money to improve the roster next season. Paul George has to play recruiter. If he can persuade players that they can win in Indiana players will consider signing there. The LeBron James – Paul George will reunite next season.