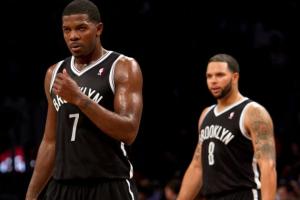 The Brooklyn Nets entered the season with grief over last season’s offseason blockbuster trade with the Boston Celtics. Paul Pierce signed with the Washington Wizards and KG is just too old. In return, the Celtics have two Nets first-round draft picks and the right to swap in the future. Another trade with the right to swap picks involved the Nets acquiring Joe Johnson from the Atlanta Hawks. They have the right to swap picks in this draft with the Atlanta Hawks. Instead of the first pick after the lottery, the Nets first pick this season will be towards the end of the first round. Joe Johnson is owed $24 million dollars next season which is one of the largest in the NBA. Deron Williams is owed $21 million dollars and only started 55 games last season. The Nets organization is a mess. There is talent at the end of this upcoming draft and the Nets need to find it. Lets see who could be in Brooklyn next season. 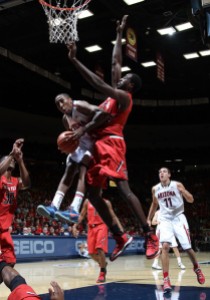 Rondae Hollis Jefferson has the potential to be a fantastic NBA wing defender. He has NBA ready size and isn’t afraid to use it. He is quick and has long arms which makes him such a good defender. He can guard the 2, 3, and 4 which can cause matchup problems. He proved to the world at Arizona that he is a work horse. He gives it his all on every defensive possession and the Nets could use some help on the wing. Hollis-Jefferson is a steal at the end of the first round. 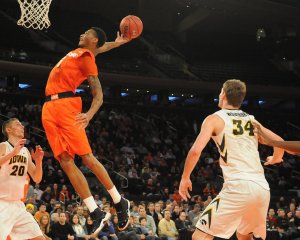 Chris McCullough is a native of the Bronx and went to Syracuse, so he has never been far from home when he has played basketball. Brooklyn isn’t far from the Bronx which is great for a comfort level standpoint. His stock has dropped because he tore his ACL in January which is why many NBA scouts are questioning if he should be entering this NBA draft. He stays within 15 feet from the hoop with a nasty mid range jumper. McCullough and Mason Plumlee is an interesting duo. 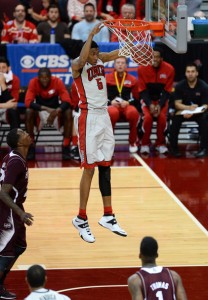 Christian Wood was the true leader of UNLV last season. He averaged 15.7 points and 10.0 rebounds per game. He averaged those 10.0 rebounds and was outsized in many match-ups. Wood is only 6’10’ and 220 pounds. He needs to add some weight to be consistent in the NBA. He plays best when he scores in second chance opportunities which wins games in the NBA. His athletic ability helped him block 2.7 shots per game. He is a project, but worth the risk. 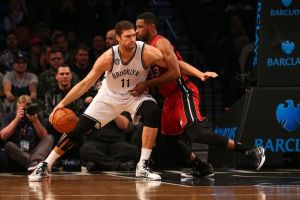 Brook Lopez has a player option on his current contract with the Brooklyn Nets and he looks to be opting out. He is owed $16.7 million if he opts into his current contract and he can make more money elsewhere. The Nets want to keep him because he was a bright spot to a disordered organization. He averaged 17.2 points and 7.4 rebounds per game over 72 games. He carried the Nets on his shoulders at the end of the season and led them to the playoffs. He will make a lot of money this offseason, and it is up to the Nets if they want to commit to another long term contract. 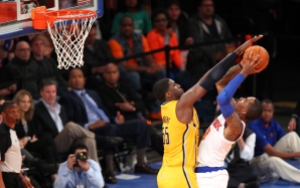 If Brook Lopez leaves, the Nets will need to acquire another big ban. Roy Hibbert is a BIG MAN. Hibbert is 7’2″ and weighs 290 pounds. He can fill the void of Brook Lopez at a cheaper price. He currently has a player option on his contract with the Indiana Pacers worth nearly $15 million. Hibbert’s max value in my opinion is $16 million per season. If Hibbert thinks they can win, he will stay. David West also has a player option which can make things interesting with Paul George coming back. 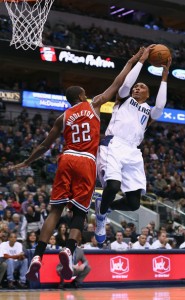 Khris Middleton would give the Nets two things, youth and durability. In the last two season, Middleton played in 82 and 79 games for the Milwaukee Bucks. He averaged 13.3 points per game this season and led the Bucks to the playoffs after Jabari Parker tore his ACL. With Jabari Parker and Giannis Antetokounmpo already on the roster, there isn’t starting position for Middleton on the Bucks next season. The Nets need durability and someone with a motor and a desire to win.

The Brooklyn Nets are lucky the Eastern Conference is terrible. They made the playoffs last season and didn’t look very good as a team. Brook Lopez will be a terrible loss if he signs elsewhere. This offseason they need to figure something out. They need to get young and healthy and Joe Johnson and Deron Williams are making managements lives terrible. With not many first round picks in the future, they can’t miss out on decent talent at the end of the draft. They will defiantly be answering phone calls come draft day.