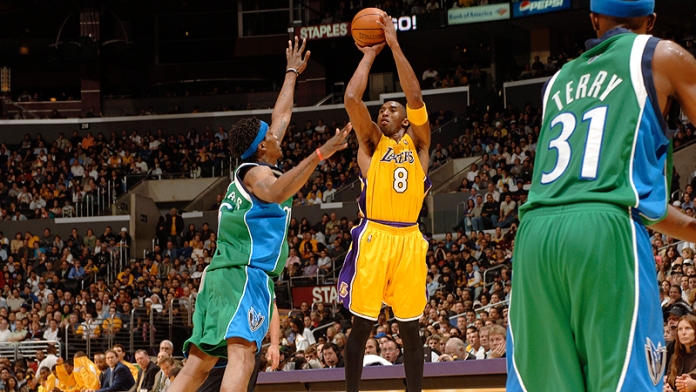 Without a doubt, Kobe’s 81-point game stands alone as arguably his finest performance on the NBA hardwood. To score that many points in the modern era is simply remarkable. However, if I may play devil’s advocate, that Toronto Raptors team made it easy for Kobe to get his shots that night. I’ve never seen such passive defense in an NBA game. Understandably so, Kobe made his opponent pay the price, as that 2005-06 Raptors team will forever be linked to the most dominating performance we have on record (no video footage of Wilt’s 100-point Game exists).

Although the 81-point game made history, Kobe’s most impressive game in my opinion is the 62 in 3 quarters he put on a very talented Dallas Mavericks team. Kobe outscored the Mavericks by himself, 62-61, through 3 quarters. ABSURD.

Bean turned out a highly efficient game, 18/31 from the field & 22/25 from the charity stripe. The Mavericks had no answers for him — Marquis Daniels, Josh Howard, Jason Terry and company simply could not deny Kobe from getting whatever he wanted to get. No. 8 unleashed a wide array of moves and finishers from the Mamba Stash: spin fade-aways, floaters, glasswork, that mean crossover, Kobe just showed off on this night.

To make matters worse, he hung 43 on the Mavericks just a few nights earlier.

After much built up frustration, the Mavs started implementing  some very hard fouls on Kobe. Bean, ever so cool, calm, and collective, used the Mavs aggression against them, and put up the finest performance of his career up to that point. We all Know what happened a few weeks later on January 22, 2006.

Kobe will be missed.