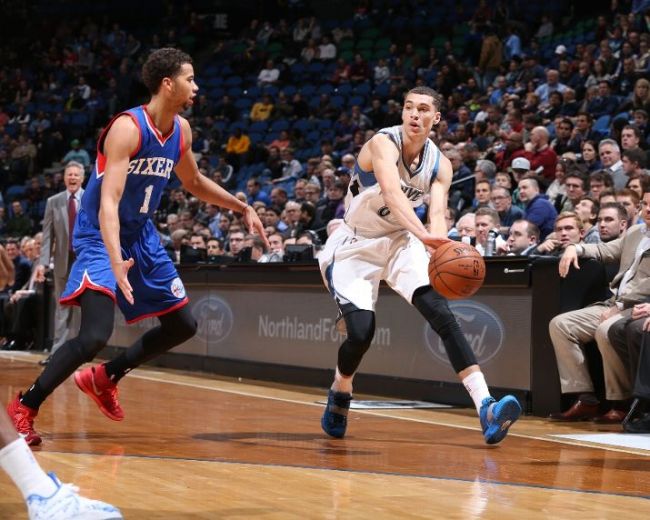 The Philadelphia 76ers and Minnesota Timberwolves are a combined 5-30 on the season, and the two teams play some of the most atrocious basketball in the NBA today. Before Philadelphia’s 85-77 win over Minnesota on Wednesday night, the 76ers were 0-17, one loss shy of the 2009-10 New Jersey Nets record of 18 consecutive losses to start the season. Meanwhile, Minnesota is trying to find its way after trading superstar forward Kevin Love to the Cleveland Cavaliers this past summer.

The two teams provided fans with a true “Shaqtin’ A Fool” moment last night, as the game between the two ball clubs had to be restarted after 16 seconds of play because the referees realized that the teams were shooting at the wrong baskets. Oh the irony.

76ers center Henry Sims was fouled on the first possession of the contest, but the referees decided to wipe the foul away. Things like this happening in an NBA game is a rarity, so it’s great to have a chuckle at the mishap.