As we all know, Kobe Bean Bryant announced yesterday that this season (his 20th) would be his swan song. There aren’t enough superlatives to truly quantify his meaning to the game of basketball, both stateside and globally. Kobe… That name alone evokes a multitude of sentiments from his most ardent fans, to the biggest haters. One thing is constant… The boy got busy. 3rd All-Time on the Scoring List.. Check. 5 Ringsssss. Check. 17 All-Star Games… Check. Greatest player in the history of the greatest franchise ever?? Sound the Bell!! That’s one heckuva resume right there in a 20 year span.

Growing up in the late 80’s early 90’s, my basketball world was dominated by one man… Michael Jordan. For a long period of time, you couldn’t find a bigger Jordan fan than I. For that very reason, I despised everything Kobe Bryant; the same way I despised Shaq and Penny for ruining Jordan’s comeback season in 95. As my brother Martin Soaries can attest to, Kobe Bryant was the one player that I personally felt could make fans forget about Michael Jordan. He was and is just that good and godly of a player. The unlimited range, the handle, the various signature moves; Kobe had so much in the stash that it was hard to predict what was coming. From 8 to 24 he did not lose a step. It’s even debatable which carnation of Kobe was/is better. With Mike, there’s no such debate between 23 and 45.

Many of today’s fans never got to see Jordan play live and center in his prime. A lot of fans probably don’t remember KB8, those horrid adidas signature shoes nor the afro he sported with pride. And all of that is okay. Thank god for NBATV and Youtube. Even with technology, nothing can replicate how it felt watching Kobe and Mike match up in LA or Chicago, or the few All-Star Games they faced off in. The only misfortune is that the Lakers couldn’t get past Utah in the 1998 playoffs to set up an NBA Finals for the ages.

As a basketball purist, I’ve always been much more Kobe fan than hater. Yes I’ve wanted the lakers to lose in every Final’s I’ve watched them play in. No I did not want Kobe to inch closer to equalling MJ’s 6 ring mark. But from a personal standpoint, Kobe is and was everything I yearned to be as a hooper. Unforgiving, brash, cocky (but always backed it up), polarizing yet so truthful. Kobe walked into opposing arenas and took souls. You got it all from Kobe, in ways that we didn’t get it from MJ. Sure there weren’t any social media outlets when MJ was playing but that’s besides the point. Kobe, as Fabolous likes to refer to himself, is truly the YOUNG OG. That old head at the park that still has it and will willingly give you 30 in any quarter. Kobe walked the walk on that thin line that is being Michael Jeffrey Jordan’s Air (heir) Apparent. No one else made it out of that tunnel alive quite like he has. Penny and Grant couldn’t make it through the first act. Harold Miner? Yeah, whatever. Vince Carter didn’t have the heart. Maybe Westbrook, but that’s to be continued. Kobe Bean Bryant may be more Jordan than Jordan was. He never quit on us. Granted, James Jordan’s murder in 1993 gave Michael every right to step away the first time, but 1999, Jordan quit on us in his prime. Kobe’s body just ran out of time. 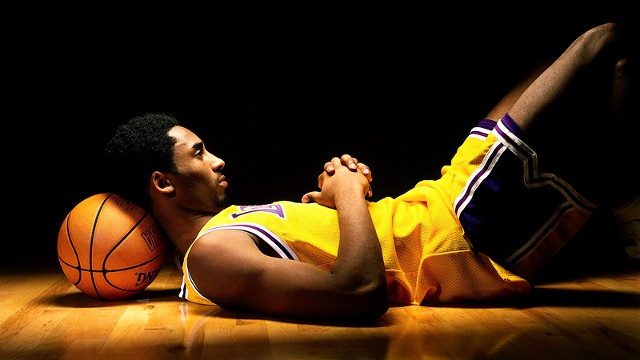 There will never, EVER, EVER EVER EVER… be another Kobe Bean Bryant. Many have and will continue to come close, but the fact remains the same, Kobe just might be the most important player the game has seen. Read my words carefully. Jordan’s retirement in 98 left the NBA with a gaping void. Kobe did more than plug that hole, he grew his own beautiful garden out of it. For that act alone, we can never repay him. Supporters of analytics will be quick to point out the deficiencies in his game. But those of us who still rely on the eye test will always confirm how real Kobe is and was. The very reason we object when ESPN and other news outlets blatantly disrespect the Legend that is Kobe Bryant. For Kobe to average what he is in year 20 with all of the injuries he’s suffered the last few seasons, speaks to his inner beast. There’s a plethora of fresh guys who couldn’t average 15 points injury-free in their primes. So give that man some respect…

We love you Kobe Bean Bryant… Always have and always will.

Basketball is supposed to be fun