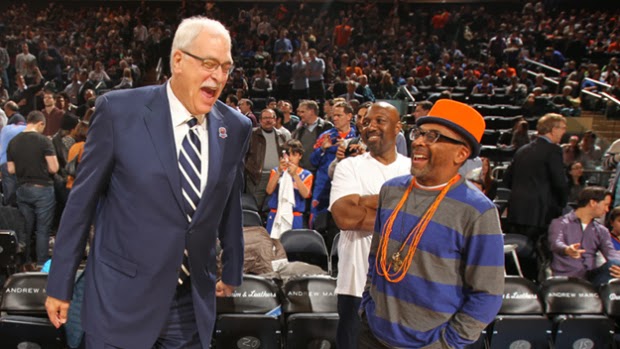 Following the New York Knicks’ 24-point loss to the Chicago Bulls in their season opener on Wednesday night, Knicks president Phil Jackson said this to reporters as he got into his car,

“Not ready for showtime, were we guys?”

I see Phil saying that with a sarcastic but thorough smirk.

When asked about the timetable for Jackson’s Knicks to pick up their new system in the triangle, Jackson replied,

Tonight the Knicks take on the showtime of LeBron James and his new Cleveland Cavaliers. They probably aren’t ready for that either.