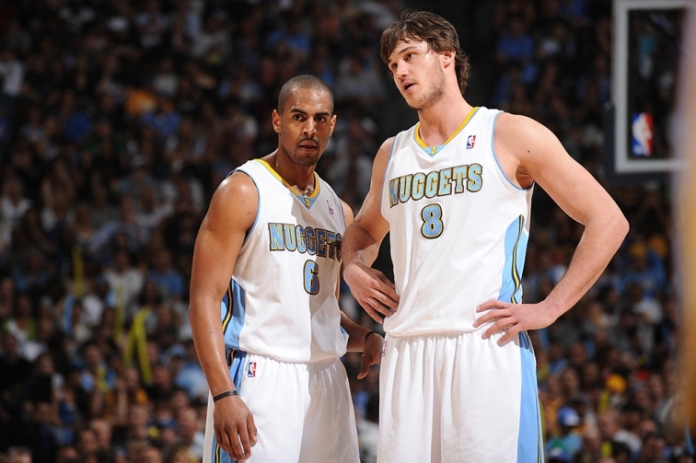 The Denver Nuggets are in the midst of the biggest slump of their season. They have now lost their last 10 of 11 games and have given up two huge leads at halftime in the past two games. This team shouldn’t be this bad, but they have been finding different ways to lose recently.

According to Jason Butt of CBS Sports, the Nuggets’ President Josh Kroenke sees exactly what’s happening here and he believes the fans deserve better. Earlier, the Denver Post reported that Kroenke is monitoring the rest of the league very closely to see what kind of moves could help the Nuggets get back into playoff contention. Via Denver Post:

“From my chair, it’s just a matter of time when to make decisions [on possible moves],” Kroenke said. “A good portion of deals is timing, and unfortunately our time frame has been drawn out due to different circumstances, mostly injuries. But I must say it again, our current state is not acceptable and our fans deserve better.”

Obviously Denver is going to need to make some kind of move either this season or in the offseason. They are in a situation where if they can’t get anything done this year then they can just prepare to rebuild for the future. Since they are only 19-30, this gives them options on whether to make trades and keep fighting for the playoffs, or to sit back and try to get a higher draft pick.