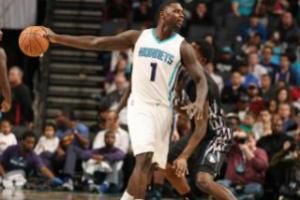 The Brooklyn Nets sitting one game out of the eighth seed in the Eastern Conference, need a little spice added to their season this year. They have achieved that goal with trade rumors between them and the Charlotte Hornets. They have both sparked trade talk that involves sending star Joe Johnson to Charlotte in exchange for Brooklyn native Lance Stephenson.

This comes after trade talks that were buzzing between the two teams that almost sent Lance to Brooklyn for Brook Lopez. However, after long days of trade talks, the Nets pulled out of the deal.

Adrian Wojnarowski of Yahoo! Sports had this to report about the trade rumors:

The Nets would like to get rid of Joe Johnson’s contract as he is owed $24.9 million, as well as $23.1 million for the remainder of this season. The rumors don’t come as a surprise. The Hornets now own the eighth spot in the East after winning 8

of the last 10 games. For the nets, they can give Lance Stephenson a fresh start after an underachieve performance in his first year in Charlotte. He is only owed $9 million next season, which makes the trade a good gamble

Mind of a Knockdown Shooter