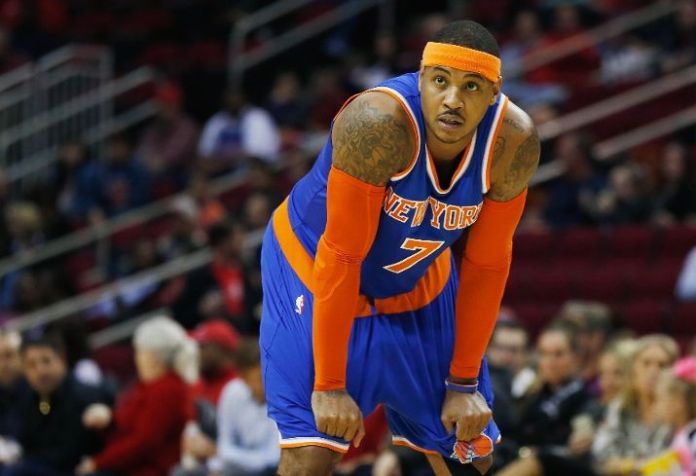 This morning there was a report that Carmelo Anthony might be looking to waive his no-trade clause with the New York Knicks. It wouldn’t necessarily mean a trade would happen if that were the case, but it would open cause for speculation.

Anthony and his agent, Leon Rose, came out to deny such thinking.

Via Ian Begley of ESPN:

Come on, man. After all the work I did to get here and get back here? If I was to get up and want to leave now that would just make me weak, make me have a weak mind,” Anthony said on Friday morning. “I’ve never been a person to try to run from any adversity or anything like that so I’m not going to pick today to do that.”

“Carmelo, as always, is committed to the Knicks,” Rose said in a text message to ESPNNewYork.com on Friday. “There have never been discussions about trades or wanting to leave New York. Any story, rumor, report to the contrary is utter nonsense.”

Anthony made a conscious decision to return to New York in the offseason when he could have signed elsewhere as a free agent. Might he have doubts? It’s possible, especially being that the Knicks are in a complete state of incompetence right now, but it doesn’t sound like Anthony is looking to wiggle his way out despite.

At least for now anyway.