Another week in the 2014-2015 NBA season has been played, and another edition of Alec Walt (@AlecWalt) and Alfonso DeFalco’s (@FonzyDeFalco) weekly power rankings. This week has been exciting as the Detroit Pistons….. Yes!!! the Detroit Pistons have jumped seven spots from last weeks rankings while teams like the Sacramento Kings, Houston Rockets, and Toronto Raptors slightly dipped. This week Alfonzo took care of the top 15 while I focused on the bottom half. Lets take a look at where each NBA team stands as of today:

1.) Golden State Warriors (LWR: 1, 2-0 last week)-they only played two games this week, but they were blowouts winning by 40 against the 76ers and by 21 against the former number one seed in the east the Raptors, which included a triple double from Draymond Green, who is one of my pick right not for most improved player. They seem unstoppable right now and this is also without the services of David Lee and Andrew Bogut.

2.) Atlanta Hawks (LWR: 3, 3-0 last week)- They played outstanding versus the Trail Blazers last week behind Paul Millsap’s 27 and Jeff Teague’s 22. They are the number one team in the east and one of the 4 teams remaining with only single digit losses (GS, POR and MEM being the other three). With Budenholzer running the helm, the Atlanta Hawks are for real.

3.) Portland Trail Blazers (LWR: 2, 1-1 last week)- Despite that loss at home to the Hawks, LaMarcus Aldridge still had 30 points and 12 rebound that game and Damian Lillard has been playing lights out as of late, scoring 26 against the Raptors. Much like the Hawks, the Blazers do not get a lot of recognition compared to some other teams, but I think Lillard is fine with that. 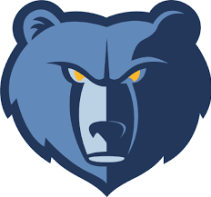 4.) Memphis Grizzlies (LWR: 5: 2-1 last week)- Minus that terrible blowout against Denver, Memphis has been looking really sharp. The key win this week was their 95-87 win versus the defending champs. As of today, they have the 15th best scoring average with 101.8 PPG and 7th in points allowed with 98.0. They might not score a lot, but with the fantastic defense they are playing, they don’t need to.

5.) Chicago Bulls (LWR: 9: 3-1 last week)- This may seem like a big jump in a week but with Rose healthy, Pau Gasol and Jimmy Butler are playing lights out, not to mention that Joakim Noah is their defensive anchor, We could see this Bulls team take over as early Eastern Conference favorites, the key is Derrick Rose staying healthy the whole season, which he has never really done in his whole career. 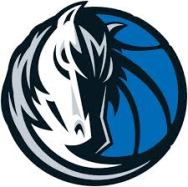 6.) Dallas Mavericks (LWR: 7: 3-0 last week)- Its obvious that the Rajon Rondo trade has helped them out as of late. He is averaging 14 points, 7.5 assists and 5.3 rebounds per game since being traded. All three of the Mavericks wins were blowouts; 27 against WAS, 18 against BOS, and 19 against CLE, which is quite impressive. They have arguably the best starting lineup in the NBA but their bench however not so much. They need to find some solid backup veterans either in free agency or the trade deadline. Don’t be surprise if they sign Jermaine O’Neal sooner rather than later.

7.) Houston Rockets (LWR: 4: 2-2 last week)- So far the Josh Smith signing has been decent. He is averaging 9 points per game, those aren’t eye popping but only time will tell if he is the answer they needed at the forward spot next to Dwight Howard.

8.) Los Angeles Clippers (LWR: 10: 3-0 last week)- They have the leading bench scorer in the league in Jamal Crawford averaging 16 a game, DeAndre Jordan leading the league in rebounding with 13 and a half per game. Everything seems to be clicking but the questions always remains, how far will they go in the playoffs with CP3 leading the way. 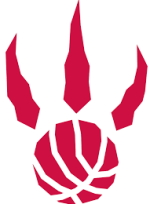 9.) Toronto Raptors (LWR: 6: 0-3 last week)- Seems bad without a win this week and the also dropped to third in the league in scoring. Some good news however, DeMar DeRozan is expected to be back soon and their next 4 games are against teams below .500, CHA, BOS, DET and PHI. 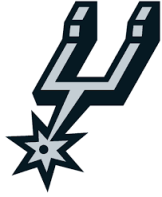 10.) San Antonio Spurs (LWR: 11: 2-1 this week)- Never honestly count out the Spurs. Losing Kawhi Leonard definitely hurts, but knowing Coach Pop he will find someone to fill his shoes, which I believe could be Kyle Anderson. It is also good that they got Patty Mills back from a shoulder injury. 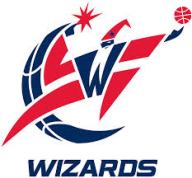 11.) Washington Wizards (LWR: 8: 0-3 last week)- As long as John Wall stays healthy and they are passing the ball they should be fine. Their next couple of games are more intense then the Raptors, playing the Hawks, Bulls and the rising Pelicans (also throw in the Knicks, but that will probably be a W anyways).

12.) Phoenix Suns (LWR: 12: 2-2 last week)- They currently have the 8th seed in the West, two games over the Thunder and Pelicans. They need to simply just play like they did against Toronto in order be in the driver’s seat for the lower playoff seeds.

13.) Oklahoma City Thunder (LWR: 14: 2-0 last week)- Getting Kevin Durant back was huge for them and just right in time for and early seeding. They are currently in the 10th spot but with the way Westbrook is playing and Durant back healthy, this could be one of the most dangerous low playoff seeds we have seen in a while.

14.) Milwaukee Bucks (LWR: 17: 3-1 last week)- To think this team last year had the fewest wins, now they already surpassed that. Jason Kidd has done a great job with this team and his style of rotations are interesting to, having a different variety of players stepping up and playing the 4th quarter. This is definitely a sleeper team in the East with Brandon Knight leading them.

15.) Cleveland Cavaliers (LWR: 13: 1-4 last week)- With LeBron James out for a couple of weeks, its time for Kevin Love to step up. Look for them to find a solid center to replace Varejao in the coming weeks.

16.) New Orleans Pelicans (LWR: 15: 2-1 last week)- This Pelicans team has been fun to watch recently because there have been more contributions outside of Anthony Davis. Tyreke Evans and Ryan Anderson have averaged roughly 20 points per game this week. Omer Asik has 31 rebounds in three games this week. If the Pelicans want to make the playoffs in a stacked Western Conference, they need consistent contributions from role players outside of Anthony Davis. 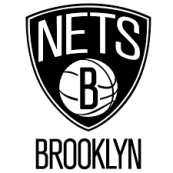 17.) Brooklyn Nets (LWR: 21: 3-1 last week)- Very impressive streak for the Nets as they have won six out of the last eight games. Brook Lopez has played lights out down low, scoring 13, 29, 16, and 16 against some of the most dominant centers in the league like DeMarcus Cousins, Joakim Noah, Nikola Vucevic, and Chris Bosh. Brooklyn is currently the seven seed in the East and is slowly creeping up the ladder. This will not stop them from shopping around their star players.

18.) Indiana Pacers (LWR: 20: 2-2 last week)- In a very inconsistent season, the Pacers keep their heads up after this week. C.J Miles has been on fire from long range scoring over 50% from behind the arc. This team still struggles to score, scoring over 100 once this week. George Hill is expected to be back January 9th against the Boston Celtics. 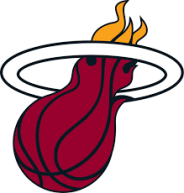 19.) Miami Heat (LWR: 16: 1-2 last week)- Miami has been playing poorly. Once thought to bee a mid seed playoff team is now fighting to stay the eight seed in the East. From returning from injury Chris Bosh has scored 19.8 points per game. Outside of Dwayne Wade and Chris Bosh the Heat need help. The schedule doesn’t get any easier has the Heat play the Trail Blazers and Clippers next week. 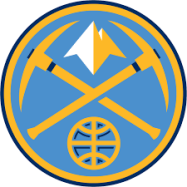 20.) Denver Nuggets (LWR: 19: 1-2 last week): Kenneth Faried is starting to look like the Kenneth Faried that played in the FIBA World Cup grabbing 13+ rebounds in five of the last six games. Ty Lawson has scored a team high 21.5 points per game this week. The Nuggets are struggling to find consistency outside of Faried and Lawson. Denver is five games out of the playoffs and are heading in the wrong direction.

21.) Detroit Pistons (LWR: 28: 3-0 last week): Ever since the Pistons decided to part ways with Josh Smith, they have been one of the hottest teams in the NBA. Andre Drummond has been a rebounding machine grabbing 20+ in two out of the three games last week. Greg Monroe is slowly starting to reach his double-double potential. Stan Van Gundy can now put some pieces together to build a nice team in Detroit.

22.) Utah Jazz (LWR: 22: 2-2 last week)- This young, inexperienced Jazz team doesn’t go down without a fight. They beat the Minnesota Timberwolves twice this week, but lost to two of the better teams this week in the Atlanta Hawks and Los Angeles Clippers. The losses were by an average of 5 points. The Jazz expect Enes Kanter back later this week.

23.) Sacramento Kings (LWR: 18: 1-3 last week)- Just as everyone thinks DeMarcus Cousins is more mature and has changed his ways, he throws Boston Celtics point guard Marcus Smart to the ground. Cousins is having a great season don’t get me wrong, but the Kings still don’t win. If the Kings want to be future contenders Cousins has to grow up and be a leader for this franchise.

24.) Los Angeles Lakers (LWR: 26: 2-2 last week)- Kobe Bryant’s buzzer beater rolled around the rim to lose to the Grizzlies, then went in the rim to beat the Pacers two days later. If the Lakers want to win, it is all on Kobe. Kobe even had a triple double to start the week to beat the Nuggets. Expect the Lakers to sit Kobe some games due to his age. Hot streaks will shift the bottom of the power rankings.

25.) Boston Celtics (LWR: 25: 1-2 last week)- It has been a struggle since the Rajon Rondo was traded last month. Their offense is not the concern, it’s the defense. They have given up an average of 111 points this week and have no answer for opposing centers. Brad Stevens still has this team working hard, they just can’t finish out games. 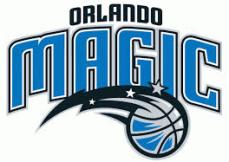 26.) Orlando Magic (LWR: 23: 1-3 last week)- A down week for the key players on the Magic. Nikola Vucevic and Tobias Harris scored less points and less boards then their season average. The Magic as a team have given up 102 points per game, two less then their season average. This team is loaded with young talent. Channing Frye is expected back soon and Aaron Gordon will be back by the end go the month.

27.) Charlotte Hornets (LWR: 24: 1-3 last week)- It is becoming a struggle for the Hornets to score points. The Hornets are 1-5 since big Al Jefferson went down and have scored an average of 88.5 points per game. With Jefferson out for a minimum of four weeks, expect the Hornets low in future power rankings.

28.) Philadelphia 76ers (LWR: 27: 0-3 last week)- Tough week for the 76ers as they had to play the Golden State Warriors, Phoenix Suns, and Los Angeles Clippers all on the road. They diddn’t even come close to winning, losing by 36,16, then 40. It is going to be a bumpy road for a while in the city of brotherly love.

29.) New York Knicks (LWR: 29: 0-3 last week)- The New York Knicks have lost 11 games in a row. This team displays zero effort. This week the Knicks lost each game by an average of 16 points. A team that is 29th in the league in points per game has questioned sitting Carmelo Anthony for the season. Phil Jackson has his work cut out for him.