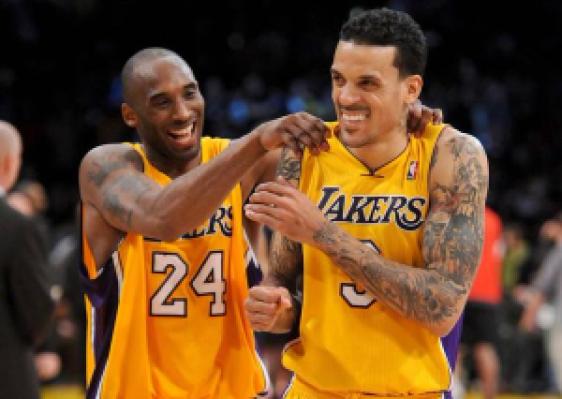 In the early fall, there was a story put out that explained how Kobe Bryant’s presence on the Lakers made it hard for the team to bring in highly touted free agents. The article had some credible quotes and points that made it seem pretty clear that Kobe was the problem that kept players from signing in Los Angeles with the Lakers.

On Thursday, Matt Barnes, a former teammate of Kobe, now on the Clippers, told SI.com that the Lakers management is the true problem:

“The common misconception is that players cower at the idea of playing with Kobe due to his ultracompetitive nature, says Barnes. But the onus is actually on the front office, Barnes recently told SI.com’s Chris Ballard for an upcoming feature story.

“The reason people don’t want to go to the Lakers is because of management,” Barnes tells SI.com. “Kobe can be the scapegoat all they want but if you play hard, Kobe likes you. And if you bulls— around, he doesn’t. It’s plain and simple. He’s not a vocal leader. He just expects you to play as hard as you can every minute on the court, like he does.”

This theory does have some value in my opinion. I would think that a player would want to go to an organization that offers the most money, and usually the Lakers are one of those teams that offer the bigger contracts. I like Barnes’s point that Kobe just wants his teammates to play their heart out. I feel like that is true for every great player when it comes to their teammates. Since it is Kobe Bryant, it seems to be a little more intimidating.