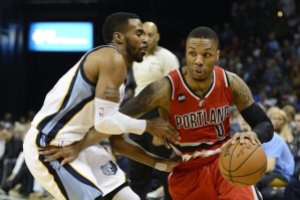 Game 1 involved one team looking for the title and another scared for the rest of the series. The Memphis Grizzlies completely took over. Zach Randolph and Marc Gasol led the charge with individual double-doubles and combined +/- rating of +25. I think the anti-Spanish players sign ticked off Marc Gasol. Beno Udrih scored 20 points and Tony Allen made Damian Lillard’s life miserable both coming off of the bench. 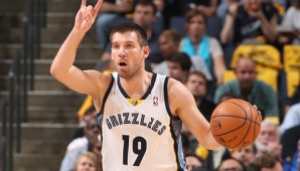 Damian Lillard looked lost shooting 0-for-6 from behind the arc with only 14 points and 3 assists. The bench combined for only 20 points and all of the pressure was on the shoulders of LaMarcus Aldridge. Aldridge dominated as expected with 32 points and 14 rebounds.

“I think a good wakeup call for us,”

With every loss, LaMarcus will question if he wants to stay in Portland or not.

Injuries are starting to be a factor in this series. Mike Conley has an injured foot but is still playing at an All-Star level. The Portland Trail Blazers are already without Wes Matthews and Aaron Afflalo is missing his fourth straight game with a strained right shoulder. Afflalo could return Game 2.

If Portland wants to tie the series, Damian Lillard needs to wake up. 14 points and 3 assists is unacceptable for a star player. Nicolas Batum stepped up with 15 points and 7 rebounds. His numbers need to be consistent. Someone on the bench needs to step up. Hopefully Afflalo can bring a boost if he returns.

Memphis needs to continue to play their style of basketball to gain a 2-0 lead on the series. Continue to feed the ball down low and pressure every opposing three-point shot. Mike Conley needs to watch his foot and take immaculate care of it, but Beno Udrih’s emergence could give Conley some much needed rest.

In the regular season and postseason, the Trail Blazers are still without a win against the Grizzlies this season.

How much will Donovan Mitchell improve the Cleveland Cavaliers?