If you haven’t heard by now or have been living under a rock, Damian Lillard raps and he’s not that bad. What started with the hashtag #4barFriday, Lillard has introduced us to Dame the artist better known as Dame D.O.L.L.A. which stands for “Different on Level the Lord Allows”. During Monday’s pregame show on TNT, he premiered his new video, “Bigger than Us”.  It’s a song fitting for MLK day in which he addresses everything that has been happening in the news such as gun violence and police brutality. 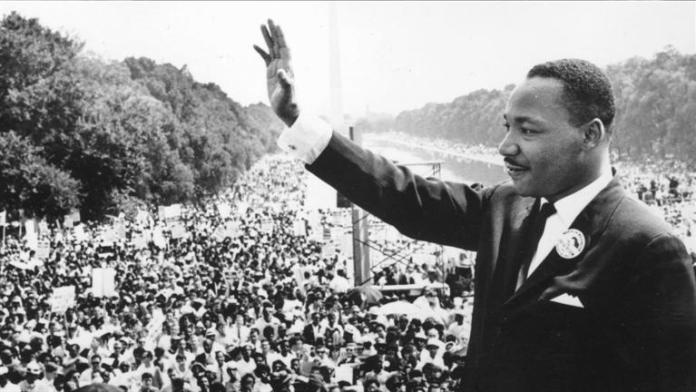 It’s a strong message that backs everything that Martin Luther King, Jr. stood for. In a world where we’re witnessing so much anger, violence, and hatred, peace has always been what MLK sought after and that’s something as a people that we should strive for as well. The world is such a better place when we all get along and that’s all Dr. King ever wanted.

What a great message and a great song by Dame D.O.L.L.A. If you want to check out any of his other music, just click the link and head to his Soundcloud page.

Seimone Augustus on Maya Moore’s WNBA hiatus: “It was hard to...