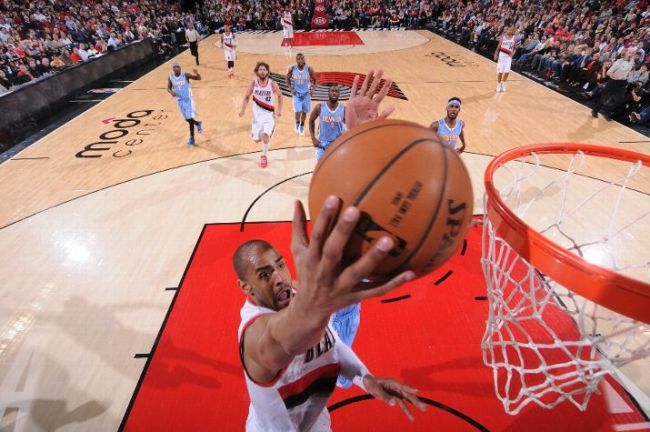 Arron Afflalo will be out for one-two weeks.

During the Portland Trail Blazers’ 116-105 loss to the Golden State Warriors on Thursday, swingman Arron Afflalo suffered a shoulder injury that was not believed to be too serious at the time. However after further prognosis, Afflalo was diagnosed with a right shoulder strain which will keep him sidelined for one-to-two weeks.

For Afflalo, the remainder of his regular season is now chalked. As winners of the Northwest Division, the Blazers are most likely going to finish as the Western Conference’s 4th seed, so this upcoming week can serve as an intense rehabilitation period of Afflalo as he and Portland gear up for what is sure to be a grueling postseason.

Afflalo, who Portland acquired in a deal on trade deadline day, assumed the role of starting two-guard for the Blazers after usual starter Wesley Matthews went down with a devastating achilles injury last month. Luckily for Portland, guard CJ McCollum has been playing exceptional basketball off the pine and they hope this trend continues in Afflalo’s absence and into the postseason.

Afflalo averaged 10.6 points and 2.7 rebounds in 25 games for Portland this year.