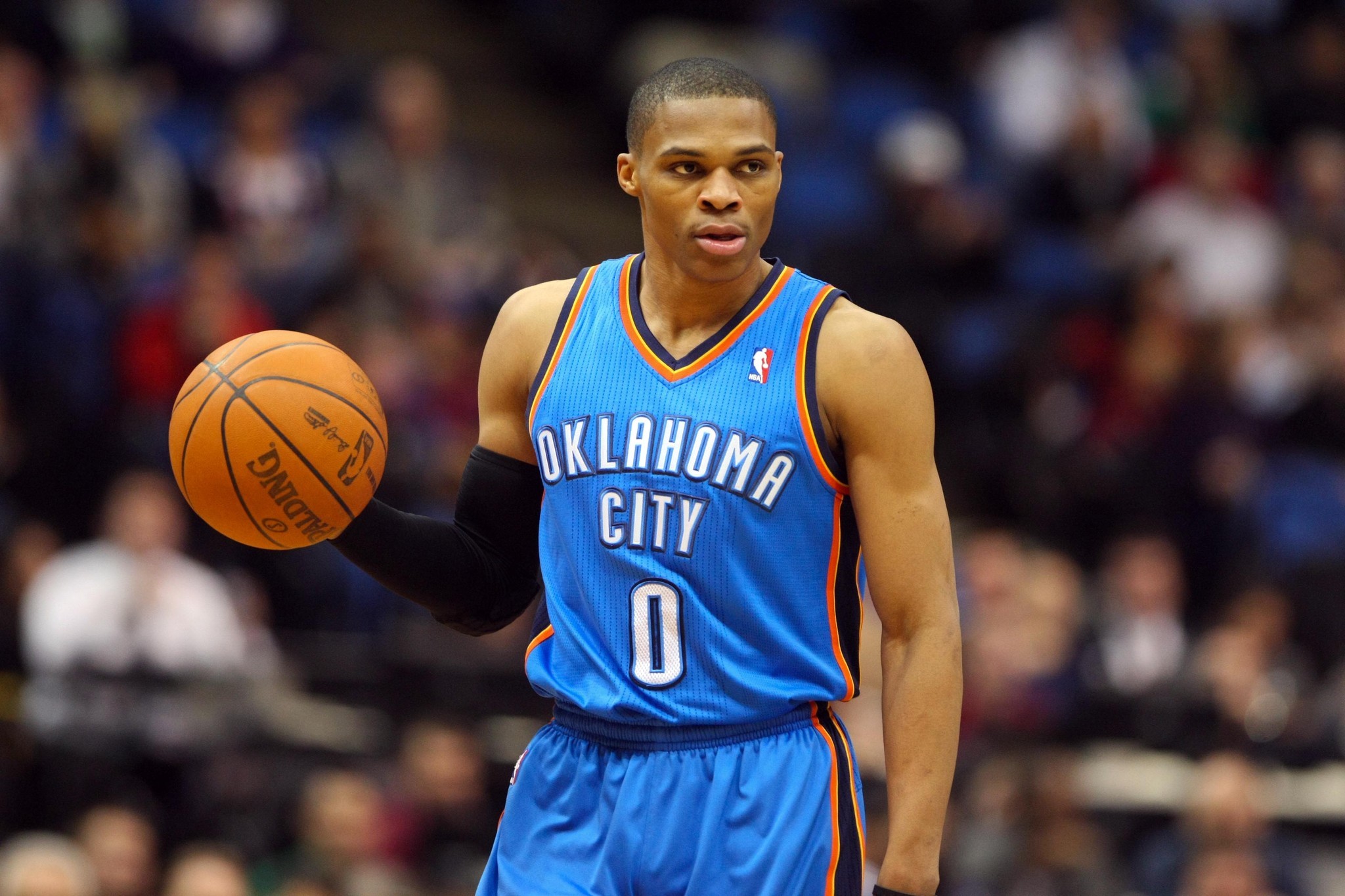 The Oklahoma City Thunder and not in the playoffs are not often in the same sentence. The Oklahoma City Thunder started the season without both Kevin Durant and Russell Westbrook and as expected, the Thunder struggled. At one point the Thunder only had six players on the roster. Russell Westbrook would return for most of the season while Kevin Durant came back but got injured again and was out for the remainder of the season. Russell exploded with Durant out of the lineup. Russell averaged 28.1 points per game which was the best in the NBA. He had 11 triple-doubles which was seven better then the second place player. Russell needed help and it started with the acquisition of Dion Waiters. Then they acquired Enes Kanter, DJ Augustin, and Kyle Singler. The bench was bolstered but the Thunder weren’t the same without Kevin Durant. The Thunder ended the season 45-37 which was tied with the New Orleans Pelicans for the eight seed in the Western Conference. The tie-breaker went to the Pelicans so they missed the playoffs. Scott Brooks was fired and Billy Donovan was hired. Next season Kevin Durant will be a free agent and they need to make sure they have a competitive roster to convince him to stay. Lets see who could be traveling to Oklahoma City next season.

Devin Booker’s role on Kentucky last season was floor spacing and scoring efficiency. He is great size for a NBA shooting guard standing 6’6″ with a solid frame. He hit 41% of his three point shots in his freshmen season. One thing that stuck out to me with Booker was his composure. He was able to stay calm all season when there was pressure every game to succeed while at Kentucky and he was 17 when the season started. He is a team player and acts as a fierce competitor. He will be playing next to one of the fiercest competitors in Russell Westbrook on the Thunder.

Frank Kaminski was the best player in college basketball last season and led Wisconsin to the National Championship but lost to potential #1 pick in Jahlil Okafor and Duke. Kaminski all season was questioned how good of a pro he would be. He plays like a European player but is from Chicago. He is a big man that can shoot threes and that will be his role in the NBA. The other centers on the roster like Enes Kanter (UFA) and Steve Adams can’t shoot. Kaminski would give floor spacing to any bench.

Kelly Oubre is a work horse that needs a tough coach. Earlier in the season, he played lazy and was in Bill Self’s dog house. Once he got the confidence and the toughness, he became a household name in college basketball. He has a long wingspan for someone 6’6″ which gives him great defensive potential. He has a nice jump shot with NBA range but needs to work on his consistency. Billy Donovan is a great coach and Oubre needs a coach like Donovan. Oubre is a steal at the end of the lottery.

Enes Kanter said he finally felt like he was in the NBA once he was sent to the Oklahoma City Thunder from the Utah Jazz. He burst onto the scene and played like a dominant center in Oklahoma City. In 26 games in Oklahoma City, Kanter averaged 18.7 points and 11 rebounds per game. He started all 26 games. I see no point in the Thunder not re-signing Kanter. They gave up a first round pick to acquire him so they would lose the trade if they let him go. When Durant comes back, Kanter gives them a scary starting five.

Brook Lopez is the offensive center the Thunder desperately need. He averaged 17 and 7 in Brooklyn. He has durability issues and hasn’t played a full season in four seasons. He has a player option north of $15 million and his value on the free agent market is about the same value. The Thunder tried to acquire Lopez at the trade deadline but were unable to come to a deal which is why they went after Enes Kanter. The Thunder will do all they can to acquire a nice center.

Aaron Afflalo had an $8 million player option with the Portland Trail Blazers and it looks that he will opt out of his contract. The Thunder need a rotational shooter who can be a third scoring option to Kevin Durant and Russell Westbrook. Afflalo can start and also play a 6th man role creating a great rotation with Dion Waiters and Anthony Morrow. He is a well respected veteran who has some playoff experience. The Oklahoma City Thunder could use Afflalo’s 13.3 points per game to help them make the playoffs.

The Thunder have some nice pieces that were able to play eight games above .500 without Kevin Durant. With Kevin Durant, this team is going to be nasty. Russell Westbrook played like an MVP and Kevin Durant was the MVP last season. They need a rebounder, rim protector, and third shooter. This offseason the Thunder need to put together a championship team to convince Kevin Durant to stay. If they don’t he will leave. The pressure is on Billy Donovan’s shoulders.