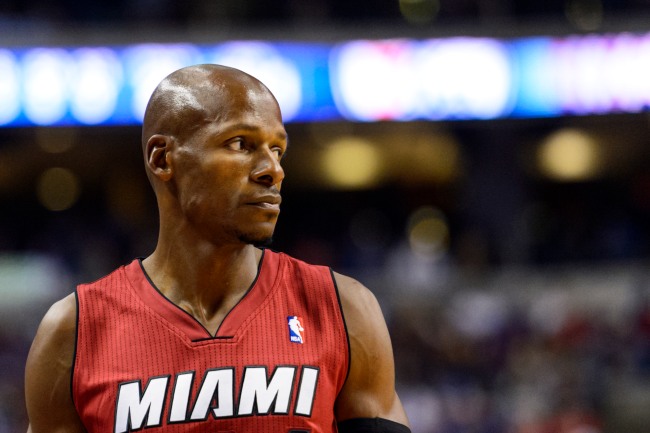 Ray Allen will not be playing in the NBA this season.

Despite the incredible amount of speculation that sharpshooter Ray Allen would return to the NBA this season, the two-time NBA champion dismissed the notion of a comeback on Wednesday when he had his agent Jim Tanner announce that he will not be playing in the NBA this season.

“Over the past several months, I have taken a lot of time to deliberate what is best for me,” Allen said. “I’ve ultimately decided that I will not play this NBA season. I’m going to take the remainder of this season, as well as the upcoming off-season, to reassess my situation, spend time with my family and determine if I will play in the 2015-16 season.”

“Ray has received enormous interest from a number of NBA teams throughout this season,” Tanner said. “We will communicate with interested teams as Ray makes a decision for the 2015-16 season.”

During the summer Allen stated that he had planned to take his time making a decision regarding his play future, and that he’d actually be content with retiring.

Although Allen announced his intentions to sit out the remainder of the 2014-15 campaign, he still contends that he will keep his options open for the 15-16 season. Allen continues to work diligently in Miami to stay in shape, and if he is to indeed return next year, health and endurance will not be an issue for the NBA’s all-time leader in three pointers made.

Allen had been courted by the likes of the Golden State Warriors, Washington Wizards, Milwaukee Bucks, Miami Heat, Chicago Bulls and San Antonio Spurs, but most hoops heads believed that Allen would elect to play for the Cleveland Cavaliers due to his close relationship with LeBron James. During James’ two-week rest period in January, he convened with Allen to try to convince him to return for what would’ve been his 19th NBA season.