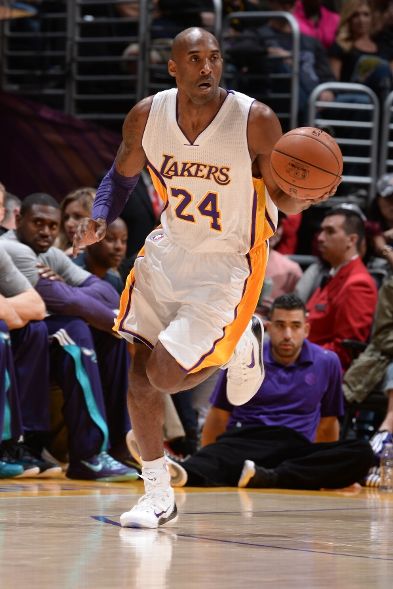 Kobe Bryant has repeatedly voiced his loyalty to the Lakers organization through all the turmoil that has occurred in recent weeks. Now, at the age of 36, he will have to make an important decision following the expiration of his contract after next season.

During an interview with Sam Amick of USAToday Sports, Bryant stated that he has no intentions of leaving the Lakers after his current contract expires, despite the franchise’s current state of unrest.

I’m so loyal to this organization, there’s not a chance…I’ve been really fortunate to win a lot of games here, a lot of championships here. You can’t (expletive) with that.

Kobe is currently in his 19th NBA season, and has pushed his body to the limit, suffering countless injuries in the process. Once his contract is up in 2016, Kobe would have the option to leave as a free agent, but that’s highly unlikely due to the fact he wants nothing more than to finish his career with the Lakers.

Since the age of 17, Bryant has made a living playing basketball in LA, so walking away from something he knows all too well won’t be easy. He’s already matched his total games played from last season at 6, and has looked rejuvenated thus far. The Lakers have a miserable 1-5 record, but Kobe has been a bright spot averaging 26.5 points, 5.3 rebounds, and 3 assists per game, proving that he can still make an impact on the court.

Road to Seventh Championship Would Have Been Steep For Aging Bulls

Cappie Pondexter Talks Mental Health, Being In The Zone, and More...

Martin Soaries - May 30, 2020
0
Two-time WNBA champion and 2007 WNBA Finals MVP Cappie Pondexter is the featured guest on the fourth episode of Soul Talk: Tapping Into The...

Diamond Johnson reacts to Arella Guirantes returning to Rutgers for one...

Cognitive Neuroscientist Shares Benefits of Mindfulness For The Brain on Soul...

Diamond Johnson reacts to Arella Guirantes returning to Rutgers for one...