With the Boston Celtics missing out on an opportunity to acquire a star, they have spent this offseason acquiring assets. These assets could be used in a future trade or as contracts off the books for next offseason when the NBA’s salary cap rises. The Boston Celtics currently have 17 players under contract. In the NBA, 15 players can be under contract, but only 13 can dress for a game.

Danny Ainge has until the start of the 2015-2016 NBA season to trim the roster. The question every Celtics fan has asked themselves is, what is Danny Ainge going to do with this Celtics roster?

The Celtics are loaded with depth. They have the deepest bench in the NBA, but their starters aren’t much better than their bench. With seven guards, seven big men, and three wings, it is going to be a battle for playing time in Boston. The Celtics have too many good players, but not enough great players. Danny Ainge is in no rush, and will be patient until he gets the right deal.

To start off, we know who Danny is keeping. Isaiah Thomas is the best player on the Celtics and is the only player that can convince others to play in Boston. Marcus Smart is progressing to become the Celtics’ cornerstone player and is marked untouchable. David Lee brings in championship experience after just winning a title in Golden State. Finally, Jae Crowder, Amir Johnson, Jonas Jerebko, Terry Rozier, R.J. Hunter, and Jordan Mickey were signed this offseason, and can’t be traded until the end of December. Other than that, no one is safe.

That leaves Avery Bradley, Zoran Dragic, Perry Jones III, Kelly Olynyk, Jared Sullinger, Evan Turner, James Young, and Tyler Zeller. All of them are talented youngsters with room to grow. Unfortunately, with talent in front of them on the depth chart, their minutes have decreased for this upcoming. Of these players, who is going to stay, who is going to be traded, and who is going to be waived from the current roster? 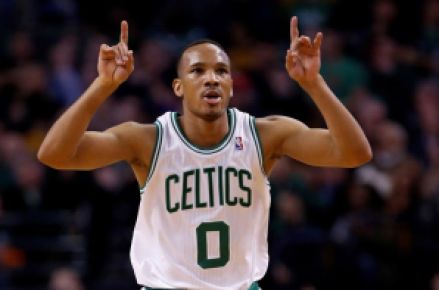 Avery Bradley has been a nice fit in Boston after being drafted in 2010 out of Texas. I had a hard time believing he could ever leave, but after drafting Terry Rozier, who is the same type of player as Bradley, I started speculating. Of all the players listed above, Bradley has the highest trade value. With that, the Celtics gave him a four-year contract last offseason. He is a leader on the Celtics and is a pest on the defensive side of the ball. His high character and winning attitude is exactly what the Celtics need in this rebuilding process.

Zoran Dragic came to the Celtics from the Miami Heat in the most confusing move this offseason for the Celtics. He adds another contract and is the seventh guard on the roster. The only reason the Celtics accepted the trade was to acquire a 2020 2nd-round pick to absorb the contract. I don’t see Dragic wearing a Celtics uniform this season.

I’m sure all of Celtics nation wished the Celtics drafted Perry Jones III over Fab Melo, and I would agree. Jones has size and an athletic gift like no other. Kevin Durant said Perry Jones was the most athletic player in the NBA. Playing with Russell Westbrook, that is an honor. The Celtics lack size and athleticism, and still being 23 years old gives him some potential. For the Celtics, it is a pure potential pickup. If it doesn’t work, he will be a free agent at the end of the season.

Jared Sullinger’s biggest issues in his NBA career has been constant injuries and weight issues. When he is healthy, he has the ability to shoot threes and own the glass, but he hasn’t always been healthy. He looked like a hippo last postseason, so he knows he needs to be in better shape if he wants to continue his NBA career. The additions of David Lee and Amir Johnson means the Celtics are done with Jared Sullinger. After three years, it is time to move on. 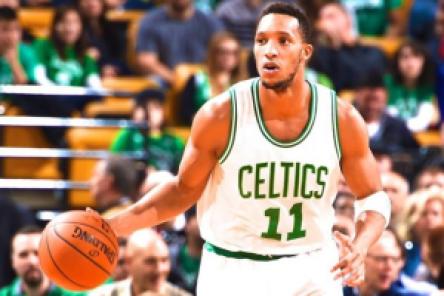 Evan Turner is a point forward, and thrived last season in Boston. He led the Celtics with 7.3 assists per game last season per ESPN.com, and was consistent playing in all 82 regular season games along with 4 in the postseason. The Celtics want to use Marcus Smart as the primary ball handler, which puts Turner is an awkward position. Turner is most effective when he has the ball in his hands. He will still be able to create his own shot, but it won’t come as easy. Turner’s consistency will keep him in Boston. 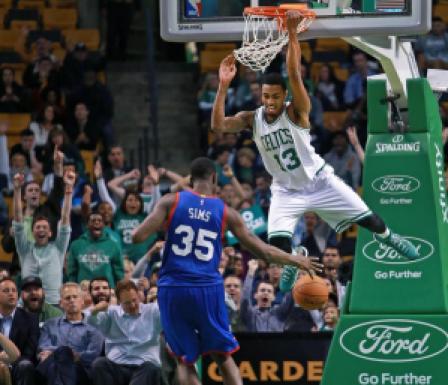 With James Young, the potential is there, but Terry Rozier and R.J. Hunter both had a better summer league than Young. He gained 20 pounds this offseason and is still only 19 years old. Young players need confidence and it will come as he gets more playing time. He will get no time in the pros so he will be in the D-League. Celtics fans need to be patient. He will get called up this season when his confidence is at his highest.

Tyler Zeller was a huge surprise last season seeing as he went to Boston as a salary dump move for the Cleveland Cavaliers to acquire Kevin Love. He averaged 10.2 points and 5.7 rebounds per game with a 55% field goal percentage per ESPN.com. Zeller is another loser in the Lee and Johnson acquisitions. He was starter-worthy last season, but with the current depth he will no longer be starting. Zeller will be a free agent at the end of the season. His trade value may never be higher, and if he isn’t part of their future plans, the Celtics might as well shop him.

Danny Ainge has a lot of work to do before the season starts. Making roster moves isn’t easy, and a lot of these players are at the same talent level. There are plenty of teams who could use Jared Sullinger, Kelly Olynyk, or Tyler Zeller, and the Celtics could easily package these guys in a deal. Remember, the Celtics are loaded with picks in the next four years. If Danny wants to pull off a mega-deal, he can. The Celtics will be patient and wait for the right deal. For now, Celtics fans need to play the waiting game and hope that his patience works out in the long run.

DeShawn Stevenson: The Struggle Between Basketball and Law